In dating and casual hookups, physical contact means the world. Women touching you can mean a lot of things and if you’re actively dating then you need to know what this means. I’ve covered all that today for you. 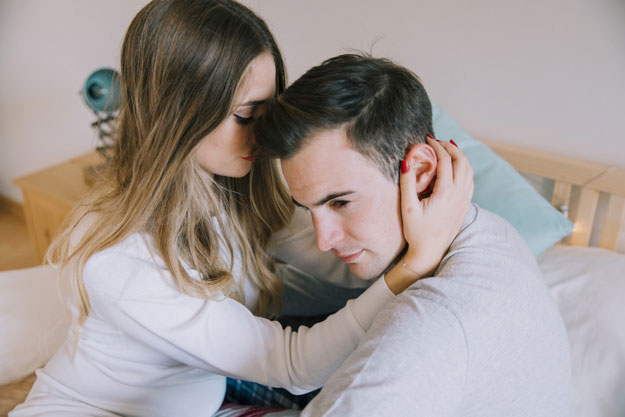 What A Woman Touching Your Arm Means…

There’s nothing better than feeling the way that a woman touches your arm. It sends an exhilarating thrill through your entire body that you’ll probably spend the rest of the day thinking about. If a girl touches your arm then you probably want to figure out why she did it as soon as you can. You never want to have to wonder what her intentions happened to be when she did it.

If you know the usual reasons for a girl to touch your arm then you can run through them and try to figure it all out. Just keep the reasons in your mind the next time that it happens. You can usually connect one of the reasons for the action and find out why it happened. Then you can take the appropriate actions to make sure that it all pans out the way that both you and her want it all to.

The Most Common Reasons

One of the reasons can simply be that she’s a touchy-feely kind of girl. It’s not an uncommon thing to come across. There are just some women who love to touch and flirt with everyone that they come across. It’s just the way that they are and most don’t even realize that they’re doing it. Of course, she could always be trying to drop a hint on you.

If she likes you then she’s going to want to show it somehow. The best way to do that is to touch you on the arm. It doesn’t always have to be sexual, though. She might just want to make a friendly connection with you. The best way to connect to another human being is through touch and that’s what she might be doing. Just try not to confuse the two things.

If you’re talking to the girl then she might be touching you to emphasize a point. It’s what a whole lot of different people like to do. They touch to make you think about what they’re saying.

Naturally, it could always be to make a sexual connection, as well. If she wants to make you think of her as a sexual partner, she’s going to touch you. If not, it might all just be a part of her culture. There are a lot of different cultures from around the world that have more touching in them than yours does.

Conclusion: Don’t Act Until You Know

If a woman has touched your arm then the best thing you can do is try and figure out why before you act on your theories. That can lead you down a path that you don’t want to travel.

Think about the girl and all of the reasons that she may have touched you. Then you’ll be in a much better position to react. If you think it’s about sex then touch her back. It might give her the thing she needs to let you know exactly what she wants from you.

Now, if you’re looking to find someone still, then read this Adult Dating Patrol homepage first to find out where you should be looking.