I keep hearing nagging complaints from some guys. They seem to be able to make great first contact with many girls, but when the time comes to get them to bed someone else picks up the cherry. They end up in the friend zone or get “friend-zoned”.

They don’t seem to get why is this happening. They take off to a good start and even become friends with the girls. But all they wanted in the first place was sex and not a new buddy.

Although it is true that girls like nice guys (yes, that is true, despite the common opinion that they date assholes) there are some tricks that many guys don’t seem to notice. They keep repeating the same mistakes. 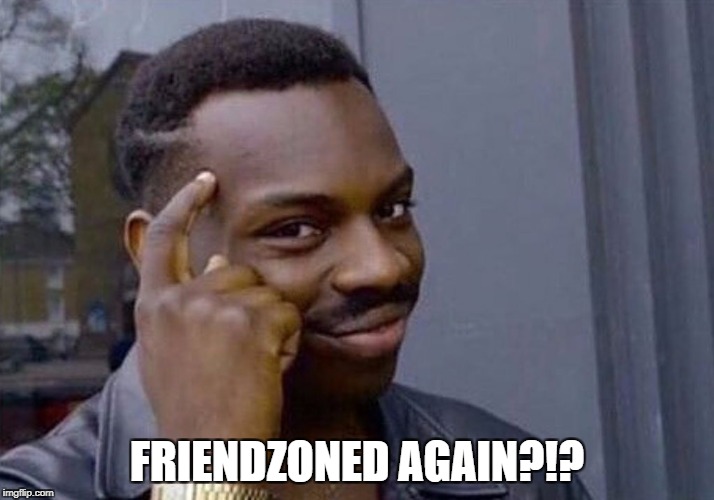 Think You’ve Been “Friend-zoned”? It’s Time for a Wakeup Call

First, let me put it loud and clear – there is no such thing as the “friend zone”. If you are becoming someone’s friend with the intention to get laid, most girls will notice. You should be someone’s friend only if you want to stay a friend!

Don’t get me wrong. There is nothing wrong with getting close to a hot girl and then wanting to take it further. But – and this is a big “but” – if you got into the chat with the motive to get laid and then pull up a nasty act once you get rejected, you won’t get that many chances for casual sex.

If you manipulate your expectations, you will most likely get  – “friend-zoned”. Girls are not going to look for you to get laid.

Here is another wakeup call for you. If you have different interest than those of your “friend” why do keep contacting that same girl? It is a hundred times better to cut it off on time. Go search for what you want on greener pastures.

Girls like getting laid for fun just as guys do, but they don’t like doing it with guys who fake what they are up to.

Being Genuine Doesn’t Mean Being an Asshole

Most guys who end up in the friend zone are the so-called “nice guys”. And this is often the reason why they don’t get laid as much as they want to.  Again, I don’t want to be misunderstood – I don’t vote for becoming a reckless person who takes care only of his own interests.

However, being nice is a trap. No one is nice all the time. Be authentic and get out of that friend zone. You have to be able to stand up for yourself. You need to be clear about what is acceptable to you and what is not. Don’t be the punching bag. Stop saying yes to everything. Trust me – that is not how you are going to get laid!

Show a strong sense of personal boundaries. Show some teeth to a girl, and she will instantly find you way more attractive than she did.  This is how you get out of the friend zone and get into a girl’s bed.

How Adult Dating Sites Can Help You

You have to know the fine line between being nice and being a mush. If you stay in the zone for too long, are you hoping for a miracle? Do you think you’ll get a 180-degree turnaround of the situation? That is possible, but it is much wiser to keep your stud charms for where they actually work – with hotties that will show interest.

Adult hookup sites are awesome for men who often end up in the friend zone. The purpose of joining is clear and straightforward. Everyone there is looking for the same thing.

And when you get that there is plenty of fish to choose from, you will stop wasting your time on false friends and start investing it in where it really pays off.